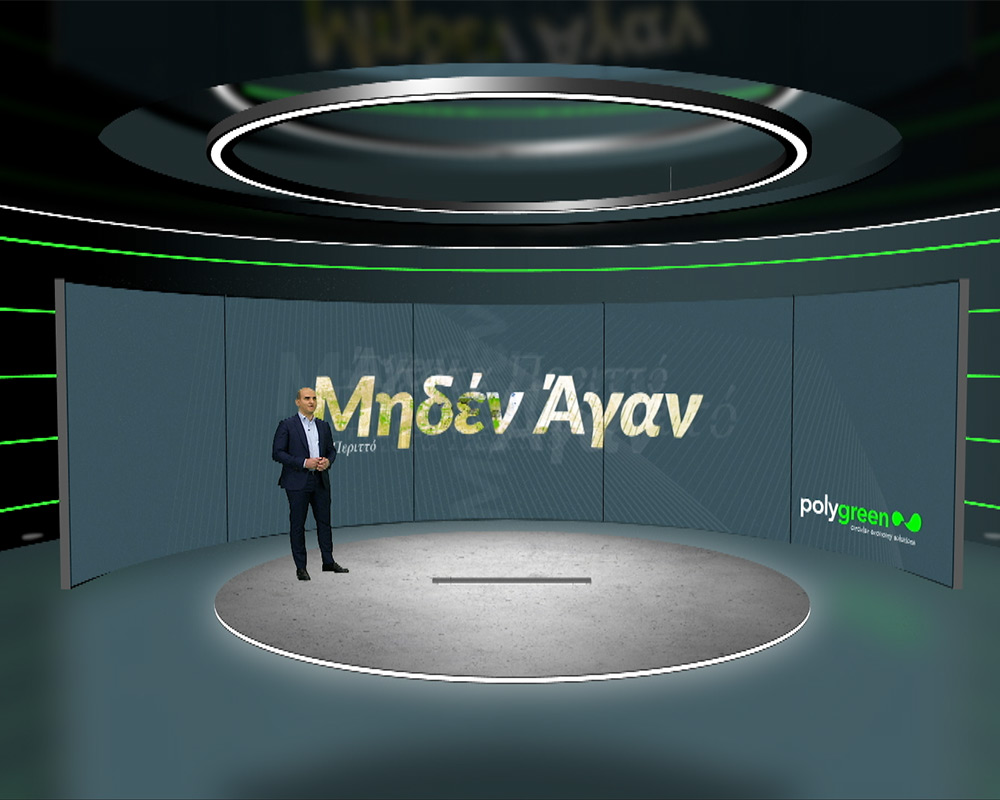 Greek-owned Polygreen is a new Group of companies delivering integrated and innovative waste management and waste-to-energy solutions to international clients, enabling circular economy, and tackling oil spills and marine pollution. Further to that, Polygreen designs and implements innovative initiatives and targeted educational programs, aiming to promote community engagement on environmental awareness. Maintaining presence in Europe, the Middle East and Africa, Polygreen is strategically positioned in ways that allow immediate action and successful implementation of the most demanding and technically challenging environmental projects around the world. Polygreen can timely intervene to curb the impact from disastrous accidents that threaten the earth's natural capital and biodiversity, assuming a leading role in a new, rapidly growing, international market of technologically advanced solutions for environmental protection.

Polygreen's Founder and Managing Director, Athanasios Polychronopoulos, said: "This is a historic moment for us, as it concludes an effort that started 3 years ago with the aim to revolutionize the ways which we have been employing to manage the environment until now.  Our philosophy is based on "Meden Agan" (nothing in excess), the ancient Greek motto which, we believe, captures the key philosophy behind the concept of circular economy. Today, circularity is one of the crucial policy priorities on global level, as well as a key pillar of the European Green Deal.  The world faces a critical turning point, as we seek to achieve environmental sustainability through the adoption of new manufacturing models which are based on circularity, on efficient resource management and on the preservation of biodiversity.  For Polygreen, this signifies the total alignment of our strategic vision and of our business plan with the international and domestic efforts towards the transition to sustainable development models. We are convinced that this transformation not only poses new challenges, but it also generates new opportunities."

In Greece, Polygreen aspires to play a leading role and make a decisive contribution towards the country's transition to circular economy, while laying the foundation for a new pillar of growth which will further bolster its activities in South-Eastern Europe, where Polygreen has already established a remarkable presence.  At the same time, Polygreen aims to offer a wide range of services, spanning from waste management and waste-to-energy services to marine pollution control and the adoption of circularity by businesses and other organizations, as well as to raise the awareness of consumers and communities on environmental sustainability.

The Middle East market is of strategic importance for Polygreen. The company has just signed in the United Arab Emirates a joint venture with Bee’ah, one of the region's leading companies in environmental waste-, energy and technology management. Through EvoGreen, the new JV which is set to be operational in Q2/2021, Polygreen bolsters its position in South-East Mediterranean and the Middle East, so as to exploit further business opportunities in circular economy, environmental protection and remediation projects across the broader region.

Further underlining the importance of this market for their business, Polygreen plans to build a waste-to-energy facility in United Arab Emirates. This new plant will be financed by the company's investment plan which, for 2021, will be in excess of €20 million in total. The company also plans to enter the shipping market through the purchase of a special-purpose vessel which will further enhance Polygreen's operational capacity to carry out marine pollution control projects. Moreover, Polygreen sets to expand to Saudi Arabia as well.

With a number of significant operational successes abroad, where know-how and effectiveness have already been acknowledged as Polygreen's competitive advantage, the company sets an example of business extroversion and is ready to further pursue its international growth prospects, enhancing its positive contribution to the Greek economy.

Ever since its establishment, in 2018, Polygreen has been actively involved in world-class projects, the crown jewel being the remediation and restoration program following the worst environmental disaster of 2020, that is the Oil Spill caused by "MV Wakashio" when the vessel ran aground offshore the southern coast of Mauritius. Despite the huge marine pollution, clean-up operations were completed in December 2020, five months after the accident. Earlier in 2020 and following an international bid, Polygreen was assigned with the management of 20,000-ton waste from the container ship "Maersk Honam" which caught fire while sailing in the Arabian Sea.

Through PCAI, a non-profit initiative created by Athanassios Polychronopoulos in 2014, Polygreen implements one of the most innovative platforms for increased environmental awareness.  PCAI employs Modern Art -primarily video- to address environmental issues and sustainability. PCAI aims to engage the community in a candid and inclusive dialogue on environmental awareness by means of Art pieces, especially produced for PCAI, by well-known, Greek, and non-Greek, artists.

PCAI acts as a channel of creative communication between Polygreen and other peer organizations, including important museums and other cultural organizations, in Greece and abroad, aiming to raise civic awareness on sustainability and promote a deeper understanding of environmental issues.